Welcome to the dedicated book release dates page for Outsider. We gather all the latest book and novel news to bring you the most accurate new release schedule for Outsider.

Outsider: A Novel of Suspense (Kate Burkholder (12))
Buy on Amazon 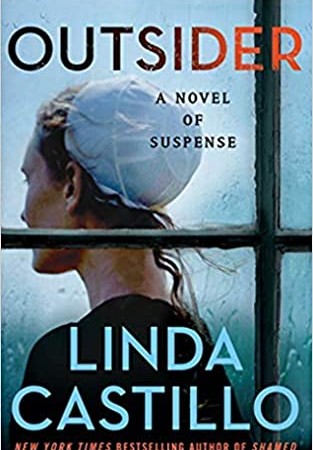 Outsider: A Novel of Suspense
Buy on Amazon

Linda Castillo follows her instant New York Times bestseller, Shamed, with Outsider, an electrifying thriller about a woman on the run hiding among the Amish.

Chief of Police Kate Burkholder's past comes back to haunt her when she receives a call from Amish widower Adam Lengacher. While enjoying a sleigh ride with his children, he discovered a car stuck in a snowdrift and an unconscious woman inside. Kate arrives at his farm and is shocked to discover the driver is a woman she hasn't seen in ten years: fellow cop Gina Colorosa.

Ten years ago, Kate and Gina were best friends at the police academy, graduating together as rookies with the Columbus Division of Police. But the reunion takes an ominous turn when Kate learns Gina is wanted for killing an undercover officer. Gina claims she's innocent, that she was framed by corrupt officers who want her gone because she was about to turn them in for wrongdoing.

Kate calls upon state agent John Tomasetti for help and with a blizzard bearing down, they delve into the incident. But no one wants to talk about what happened the night Gina allegedly gunned down a fellow cop. Even Tomasetti is stonewalled, his superior telling him in no uncertain terms to back off.

With whisperings of corruption and the threat of rogue cops seeking revenge, Kate and Gina hunker down at Adam Lengacher's farm. As Kate gets closer to the truth, a killer lies in wait. When violence strikes, Kate must confront a reality that changes everything she thought she knew not only about friendship, but the institution to which she's devoted her life.

Are you eagerly awaiting the release of Outsider? Looking forward to reading Outsider? Have you already got your hands on Outsider?

Share your thoughts on Outsider in the comments below!