Home » Book Releases » When Will Forget Me Not By Alexandra Oliva Release? 2021 Science Fiction Releases 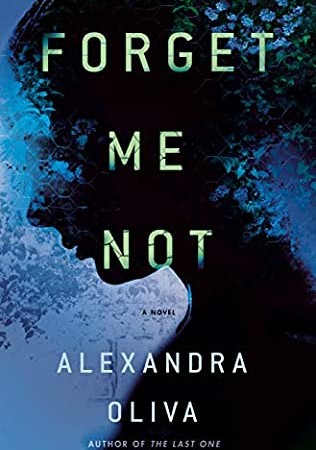 Forget Me Not RELEASE DATE

Forget Me Not Synopsis

She was born for all the wrong reasons. But her search for the truth reveals answers she wishes she could forget in this suspenseful and deeply moving near-future thriller from the author of The Last One.

“In Alexandra Oliva’s timely, compelling novel nothing is as it seems, which keeps the pages flying.”—Laurie Frankel, New York Times bestselling author of This Is How It Always Is

What if your past wasn’t what you thought?

As a child, Linda Russell was left to raise herself in a twenty-acre walled-off property in rural Washington. The woods were her home, and for twelve years she lived oblivious to a stark and terrible truth: Her mother had birthed her only to replace another daughter who died in a tragic accident years before.

Then one day Linda witnesses something she wasn’t meant to see. Terrified and alone, she climbs the wall and abandons her home, but her escape becomes a different kind of trap when she is thrust into the modern world—a world for which she is not only entirely unprepared, but which is unprepared to accept her.

And you couldn’t see a future for yourself?

Years later, Linda is living in bustling Seattle, but she has never felt more alone. With social media more ubiquitous than ever before, she is hounded by the society she is now forced to inhabit. When Linda meets a fascinating new neighbor who might just be a potential friend, and who shows her the possibility of a new escape through virtual reality, she begins to allow herself to hope for more by being sucked into a world that feels safe, but isn’t real.

What would it take to reclaim your life?

Then an unexplained fire at her infamous childhood home jolts Linda back to reality. She must return to the property for the first time since she was a girl, unleashing a chain of events that will not only endanger her life but challenge her understanding of family, memory, and the world itself.

Share your thoughts on Forget Me Not in the comments below!