Welcome to the dedicated book release dates page for Still Life. We gather all the latest book and novel news to bring you the most accurate new release schedule for Still Life. 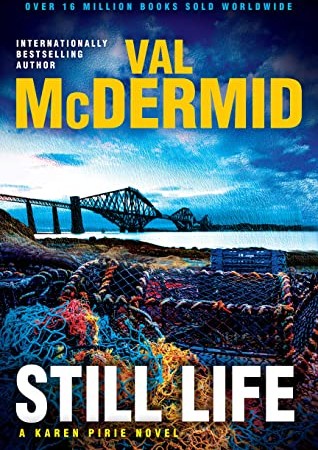 Val McDermid is the award-winning, international bestselling author of more than thirty novels and has been hailed as Britain’s Queen of Crime. In Still Life, McDermid returns to her propulsive series featuring DCI Karen Pirie, who finds herself investigating the shadowy world of forgery, where things are never what they seem.

When a lobster fisherman discovers a dead body in Scotland’s Firth of Forth, Karen is called into investigate. She quickly discovers that the case will require untangling a complicated web—including a historic disappearance, art forgery, and secret identities—that seems to orbit around a painting copyist who can mimic anyone from Holbein to Hockney. Meanwhile, a traffic crash leads to the discovery of a skeleton in a suburban garage. Needless to say, Karen has her plate full. Meanwhile, the man responsible for the death of the love of her life is being released from prison, reopening old wounds just as she was getting back on her feet.

Tightly plotted and intensely gripping, Still Life is Val McDermid at her best, and new and longtime readers alike will delight in the latest addition to this superior series.

Are you eagerly awaiting the release of Still Life? Looking forward to reading Still Life? Have you already got your hands on Still Life?

Share your thoughts on Still Life in the comments below!