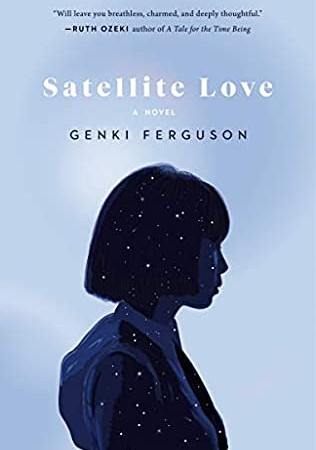 Set in 1999 Japan, Satellite Love is a heartbreaking and beautifully unconventional debut novel about a girl, a boy, and a satellite--and a bittersweet meditation on loneliness, alienation, and what it means to be human.

On the eve of the new millennium, in a city in southern Japan that progress has forgotten, sixteen-year-old Anna Obata looks to the stars for solace. An outcast at school, and left to fend for herself and care for her increasingly senile grandfather at home, Anna copes with her loneliness by searching the night sky for answers. But everything changes the evening the Low Earth Orbit satellite (LEO for short) returns her gaze and sees her as no one else has before.

After Leo is called down to Earth, he embarks on an extraordinary journey to understand his own humanity as well as the fragile mind of the young woman who called him into being. As Anna withdraws further into her own mysterious plans, he will be forced to question the limits of his devotion and the lengths he will go to protect her.

Full of surprising imaginative leaps and yet grounded by a profound understanding of the human heart, Satellite Love is a brilliant and deeply moving meditation on loneliness, faith, and the yearning for meaning and connection. It is an unforgettable story about the indomitable power of the imagination and the mind's ability to heal itself, no matter the cost, no matter the odds.

Share your thoughts on Satellite Love in the comments below!