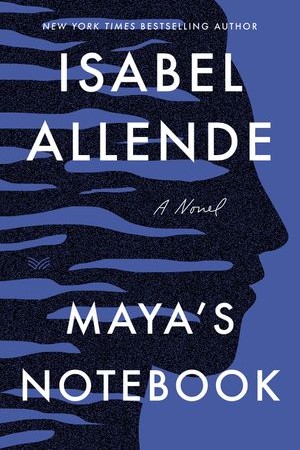 The New York Times bestselling author’s surprising new book is a novel of suspense and a contemporary coming of age story narrated by an American teenage girl who falls into a life of drugs, crime, and prostitution and is forced to flee for her life.

Nineteen-year old Maya Vidal is struggling to make it through her teenage years. Abandoned by her Danish mother as an infant and neglected by her father, she lives with her grandparents in a rambling old house in Berkeley. Maya’s grandmother Nidia, affectionately known as Nini, is a force to be reckoned with-willful and outspoken, unconventionally wise with a mystical streak, and fiercely protective-she emigrated from Chile in 1973 with her young son, Maya’s father. Nini’s husband, a gentle African-American astronomer and professor at the University of California, is beloved by Maya and a solid, comforting presence in the turbulent waters of her American adolescence.

When her Popo dies of cancer, Maya is devastated and goes completely off the rails. With her girlfriends—together they are known as the vampires-she falls into a life of drugs and alcohol and petty crime. Even a stint at a rehabilitation center in Oregon fails to make a dent in Maya’s downward spiral, and she ends up in Las Vegas where she descends into a dangerous underworld of big time drugs, crime, and prostitution.

With a gang of assassins, the police, the FBI, and Interpol in hot pursuit, Maya flees with the help of her Nini to a remote island off the coast of Chile. Entrusted to her grandmother’s old friend, Manuel Arias, Maya begins to write the story of what happened to her in the States while she gradually adapts to a completely strange new life in an insular community time seems to have forgotten. On Chiloé, in the company of a torture survivor, a lame dog, and other unforgettable characters, Maya records her thoughts as well as her story, uncovers a terrible family secret, comes to understand the meaning of love and loyalty, and initiates the greatest adventure of her life: the journey into her own soul.

Share your thoughts on Maya's Notebook in the comments below!