Welcome to the dedicated book release dates page for Head Cases. We gather all the latest book and novel news to bring you the most accurate new release schedule for Head Cases. 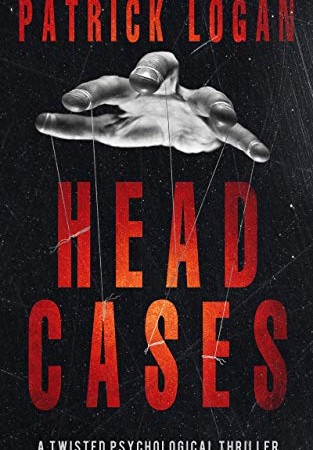 Fifteen years as a psychiatrist, and Dr. Isaac Heinlen thinks he's seen it all: chronically depressed celebrities, corrupt city officials, abusive high-powered executives. But when a man he's never met shows up at his office, his hands covered in blood, proclaiming that he's finally taken control of his life, Ike realizes that he's wrong.

He hasn't seen it all.

He hasn't even seen the half of it.

Before long, Dr. Heinlen fears that it's his own life that's slipping out of control, and even his years of experience and training can't prepare him for what is to come. As the lies and confusion mount, Dr. Heinlen finds himself wrapped up in the most difficult case of his life: his own.

And if he isn't careful, before it's all said and done, his most recent patient won't be the only one with with blood on his hands.

With more twists and turns than Gone Girl and The Woman in the Window, HEAD CASES is an unforgettable psychological thriller with an ending that you'll never see coming!

Scroll up to pre-order your copy of HEAD CASES today!

Are you eagerly awaiting the release of Head Cases? Looking forward to reading Head Cases? Have you already got your hands on Head Cases?

Share your thoughts on Head Cases in the comments below!