You Betrayed Me (The Cahills)
Buy on Amazon 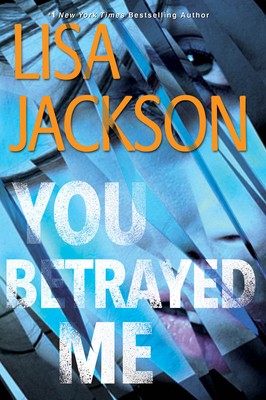 You Betrayed Me (The Cahills Book 3)
Buy on Amazon

You Betrayed Me RELEASE DATE

You Betrayed Me Synopsis

In a twisting, unpredictable new novel of suspense by #1 New York Times bestselling author Lisa Jackson, an heir to the Cahill fortune discovers just how dangerous, and duplicitous, family can be . . .

The Cahills of San Francisco are famous for two things: their vast wealth, and the scandals that surround them. Murder, greed, deadly ambition . . . some people will do anything to get, and keep, the Cahills' kind of money. Not that James Cahill wants any of it. He's tried to make his own way, less interested in a future inheritance than in his construction company--and in enjoying the many women taken in by the easy charms of a handsome, soon-to-be-rich bad boy.

Perhaps there've been too many women. Waking up in a small hospital in Washington State, bandaged and bruised, James barely recognizes the gorgeous blonde who comes to visit. Through the haze of pain and medication, he recalls that she is Sophia, the woman he's been cheating with. Gradually memories return--his girlfriend, Megan, had found out about Sophia. Now Megan is missing, her sister, Rebecca, is hounding him--and police and reporters are asking questions too. James insists he has no idea what happened. Yet he can't escape a feeling of dread . . .

Meanwhile, in a locked room, a woman waits, trapped, petrified, and desperate. She thought she knew who to trust. But the betrayal you can't imagine--or can't remember--may be the most terrifying weapon of all . . .

Share your thoughts on You Betrayed Me in the comments below!