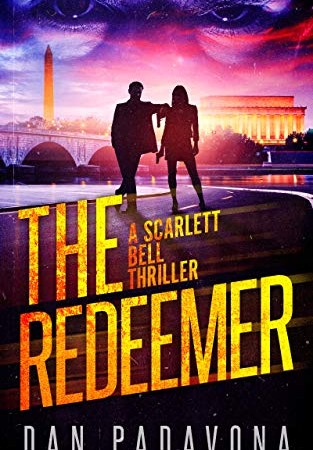 A book by: Dan Padavona
Publisher:

And the government framed the agent.

Now the killer is back.

"The heart-pounding serial killer thrillers that will leave you breathless."

After the police discover a ritualistic murder in South Carolina, Agent Scarlett Bell notices the killing is eerily similar to a case from seven years ago. Is the new murder linked to the assassination of a popular congresswoman?

When the serial killer abducts another woman, Scarlett battles government officials who wish to silence her investigation and aligns herself with fugitive Logan Wolf.

Is this the end of Scarlett Bell?

But this time, Scarlett is in the killer's crosshairs.

"I couldn't put it down. Riveting!" - Amazon Review

"I was actually turning pages on my Kindle so fast, I thought I would burn it out." - Amazon Review

"One of the most exciting writers to burst upon the scene in quite some time." - Brian Keene, Bram Stoker Award-Winning Author

"What a great beginning to a series! Sexy, smart, and sassy!" - Amazon Review

"Well crafted & very enjoyable! I've already downloaded the 2nd book in this series and can't wait to read it. As a matter of fact, excuse me as I start reading it now!" - Mookie

"Already waiting for the next one!" - Christian A.

"A pedal to the metal page turner that never lets up." - Steve C

"Dan builds tension like few others can. His prose is rich and his characters are memorable. I dare you to read a Padavona story with the lights out." - Zach Bohannon, author of the Empty Bodies series

Share your thoughts on The Redeemer in the comments below!