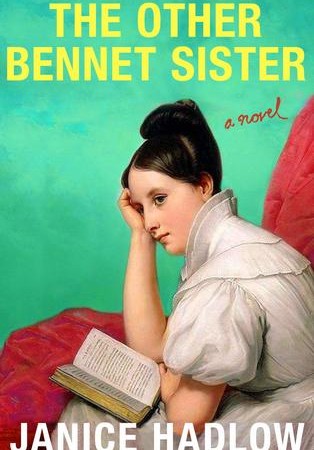 The Other Bennet Sister

The Other Bennet Sister RELEASE DATE

The Other Bennet Sister Synopsis

Mary, the bookish ugly duckling of Pride and Prejudice’s five Bennet sisters, emerges from the shadows and transforms into a desired woman with choices of her own.

What if Mary Bennet’s life took a different path from that laid out for her in Pride and Prejudice? What if the frustrated intellectual of the Bennet family, the marginalized middle daughter, the plain girl who takes refuge in her books, eventually found the fulfillment enjoyed by her prettier, more confident sisters? This is the plot of The Other Bennet Sister, a debut novel with exactly the affection and authority to satisfy Austen fans.

Ultimately, Mary’s journey is like that taken by every Austen heroine. She learns that she can only expect joy when she has accepted who she really is. She must throw off the false expectations and wrong ideas that have combined to obscure her true nature and prevented her from what makes her happy. Only when she undergoes this evolution does she have a chance at finding fulfillment; only then does she have the clarity to recognize her partner when he presents himself—and only at that moment is she genuinely worthy of love.

Mary’s destiny diverges from that of her sisters. It does not involve broad acres or landed gentry. But it does include a man; and, as in all Austen novels, Mary must decide whether he is the truly the one for her. In The Other Bennet Sister, Mary is a fully rounded character—complex, conflicted, and often uncertain; but also vulnerable, supremely sympathetic, and ultimately the protagonist of an uncommonly satisfying debut novel.

Share your thoughts on The Other Bennet Sister in the comments below!