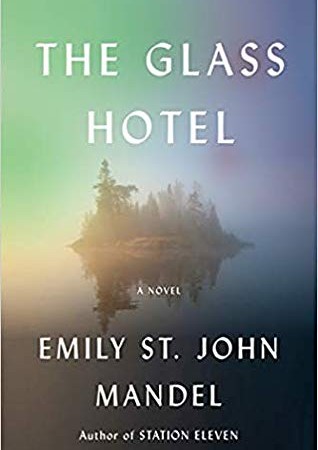 From the award-winning author of Station Eleven, a captivating novel of money, beauty, white-collar crime, ghosts, and moral compromise in which a woman disappears from a container ship off the coast of Mauritania and a massive Ponzi scheme implodes in New York, dragging countless fortunes with it.

Vincent is a bartender at the Hotel Caiette, a five-star glass-and-cedar palace on an island in British Columbia. Jonathan Alkaitis works in finance and owns the hotel. When he passes Vincent his card with a tip, it's the beginning of their life together. That same day, Vincent's half brother, Paul, scrawls a note on a windowed wall of the hotel: "Why don't you swallow broken glass." Leon Prevant, a shipping executive for a company named Neptune-Avramidis, sees the note from the hotel bar and is shaken to his core. Thirteen years later Vincent mysteriously disappears from the deck of a Neptune-Avramidis ship. Weaving together the lives of these characters, The Glass Hotel moves between the ship, the skyscrapers of Manhattan, and the wilderness of northern Vancouver Island, painting a breathtaking picture of greed and guilt, fantasy and delusion, art and the ghosts of our pasts.

Share your thoughts on The Glass Hotel in the comments below!