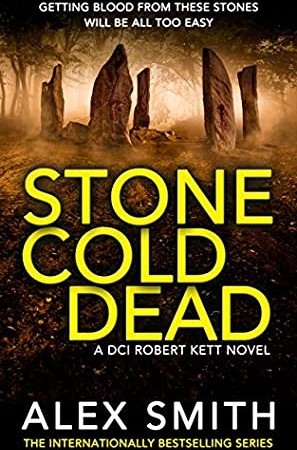 Getting blood from these stones will be all too easy.

In the middle of one of Norfolk’s most brutal winters a frozen body is discovered on the legendary Stone of Ling. With Robert Kett out of action the case falls to DC Kate Savage and DI Pete Porter, and it quickly becomes clear to them that the young man wasn’t just killed, he was sacrificed.

And he isn’t alone. Within a week, several more dead men are found on some of Norfolk’s ancient stones, all with horrific and violent injuries. Somebody is acting out a ritual, and if Savage and Porter can’t stop them then many more people will die.

Because if the stories of the stones are to be believed, the Hateful Man is coming—a killer whose thirst for murder and mayhem knows no bounds.

The sixth book in the DCI Kett series presents Savage and Porter as you’ve never seen them before, in one of the most brutal cases they have ever faced—a case so horrific that not even Kett can escape it.

Share your thoughts on Stone Cold Dead in the comments below!