Home » Book Releases » When Will Soulswift By Megan Bannen Come Out? 2020 Fantasy Releases

Welcome to the dedicated book release dates page for Soulswift. We gather all the latest book and novel news to bring you the most accurate new release schedule for Soulswift. 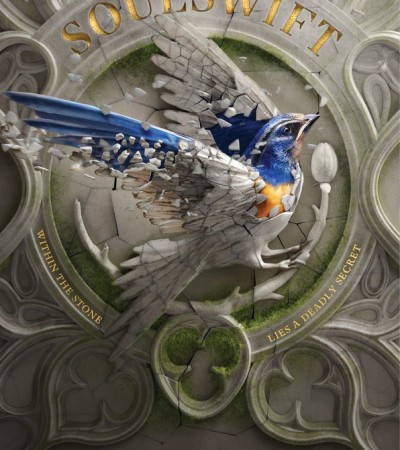 A dark, epic fantasy about a girl who must reevaluate everything she believes after she is betrayed and hunted by the religion that raised her—from Megan Bannen, author of The Bird and the Blade. Perfect for fans of The Winner’s Curse and The Girl of Fire and Thorns.

Gelya is a Vessel, a girl who channels the word of the One True God through song. Cloistered with the other Vessels of her faith, she believes—as all Ovinists do—that a saint imprisoned Elath the Great Demon centuries ago, saving humanity from earthly temptation.

When Gelya stumbles into a deadly cover-up by the Ovinists’ military, she reluctantly teams up with Tavik, an enemy soldier, to survive. Tavik believes that Elath is actually a mother goddess who must be set free, but while he succeeds in opening Her prison, he inadvertently turns Gelya into Elath’s unwilling human vessel.

Now the church that raised Gelya considers her a threat. In a race against the clock, she and Tavik must find a way to exorcise Elath’s presence from her body. But will this release stop the countdown to the end of the world, or will it be the cause of the earth’s destruction? And as Tavik and Gelya grow closer, another question lingers between them: What will become of Gelya?

Are you eagerly awaiting the release of Soulswift? Looking forward to reading Soulswift? Have you already got your hands on Soulswift?

Share your thoughts on Soulswift in the comments below!