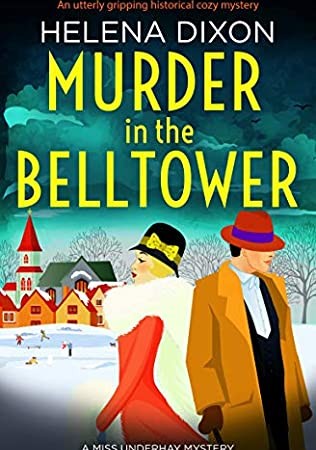 Murder In The Belltower

Murder In The Belltower RELEASE DATE

Murder In The Belltower Synopsis

Winter, 1933. Kitty Underhay is enjoying a restorative break from sleuthing on a visit to her family at Enderley Hall. The only thing marring her peace – aside from the uncomfortable sensation she has of being watched – is the obvious history between her beau, ex-army captain Matthew Bryant and another guest, the beautiful Juliet Vanderstafen. So, when the parish clerk is found dead on her front doorstep, Kitty leaps at the chance of distraction.

The police are happy to conclude that Miss Plenderleith met her unfortunate end on a patch of ice, but Kitty isn’t convinced this was a case of bad weather and worse luck. And when the Reverend Crabtree fails to show for tea the next day, she heads to the church to speak to him. But she arrives to find the clergyman hanging from the bell rope, dead.

With Matt seemingly wrapped up with his alluring Austrian, Kitty must solve the case on her own. But as she snoops into parish affairs, she makes some less-than-saintly discoveries. Just who has broken the sixth commandment? Meanwhile the killer is preparing a churchyard grave for Kitty, and she’ll have to use all her wits to avoid falling in…

Share your thoughts on Murder In The Belltower in the comments below!