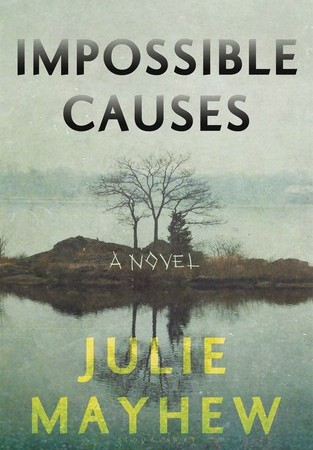 For readers of All the Missing Girls and You Will Know Me, Impossible Causes is a gripping thriller about isolation, power, and the lies that fester when witnesses stay silent.

For six months every year, Lark Island is fogged in, its occupants cut off completely from the mainland. The community is small, tight-knit, and deeply religious. Lark seems like a good place for 16-year-old Viola Kendrick and her mother to be alone as they mourn Viola’s father and brother, both killed in a tragic accident.

But the islanders are hiding dark secrets. As the winter fog sets in, Viola gets to know the Eldest Girls—the only three teenagers on Lark—and begins to learn about the island’s twisted history, including an old story of a young girl, whose death the islanders insist was accidental. When a man’s body is found at the end of Viola’s first winter on Lark, Viola finds herself at the center of a murder mystery: one that asks whether the man’s death was a righteous act of revenge, or a cold-blooded killing.

Eerie and menacing, timely and moving, Impossible Causes is an unputdownable thriller that examines the consequences of secrets kept at young women’s expense.

Share your thoughts on Impossible Causes in the comments below!