Home » Book Releases » When Will Having And Being Had By Eula Biss Release? 2021 Nonfiction Releases

Having and Being Had
Buy on Amazon 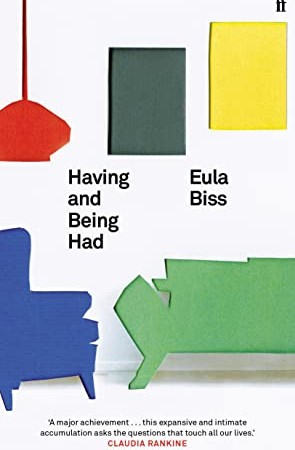 Having And Being Had

Having And Being Had RELEASE DATE

Having And Being Had Synopsis

An incisive collection from award-winning author Eula Biss, Having and Being Had is a personal reckoning with the intricacies of money, class and capitalism.

'A major achievement . . . this expansive and intimate accumulation asks the questions that touch all our lives.' Claudia Rankine

'My adult life can be divided into two distinct parts,' Eula Biss writes, 'the time before I owned a washing machine and the time after.' Having just purchased her first home, she now embarks on a roguish and risky self-audit of the value system she has bought into. The result is a radical interrogation of work, leisure and capitalism. Described by the New York Times as a writer who 'advances from all sides, like a chess player', Biss brings her approach to the lived experience of capitalism. Playfully ranging from IKEA to Beyonc� to Pok�mon, across bars and laundromats and universities, she asks, of both herself and her class, 'In what have we invested?'

'Having and Being Had offers us a probing tour of capitalism and class that sidesteps posturing and jargon in favor of clarity, humility, and incitement.' Maggie Nelson

'In this witty, genre-bending book, Eula Biss smashes the taboo against talking about money with exhilarating results . . . [and] disarming honesty and grace.' Jenny Offill

'Eula Biss's prescient new book gave me new language for things I didn't know I felt . . . A brilliant, lacerating re-examination of our relationship to what we own and why, and who in turn might own us.' Alexander Chee

'No contemporary writer I know explores and confronts her own societal responsibilities better than Eula Biss.' Aleksandar Hemon

'A meditation on race, consumerism and the American caste system. And a wry, vivd assessment of our spiritual moment. It is no accident that Having and Being Had reads like the poems money would write if money wrote poems.' Jeet Thayil

Share your thoughts on Having And Being Had in the comments below!

Make Up Break Up