Welcome to the dedicated book release dates page for Goldilocks. We gather all the latest book and novel news to bring you the most accurate new release schedule for Goldilocks. 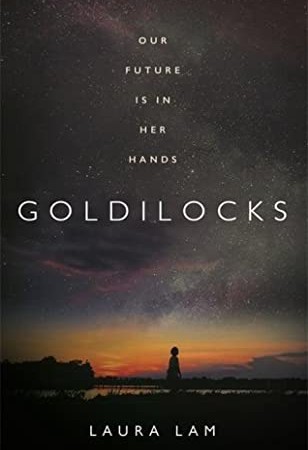 The Earth is in environmental collapse. The future of humanity hangs in the balance. But a team of women are preparing to save it. Even if they’ll need to steal a spaceship to do it.

Despite increasing restrictions on the freedoms of women on Earth, Valerie Black is spearheading the first all-female mission to a planet in the Goldilocks Zone, where conditions are just right for human habitation.

The team is humanity's last hope for survival, and Valerie has gathered the best women for the mission: an ace pilot who is one of the only astronauts ever to have gone to Mars; a brilliant engineer tasked with keeping the ship fully operational; and an experienced doctor to keep the crew alive. And then there's Naomi Lovelace, Valerie's surrogate daughter and the ship's botanist, who has been waiting her whole life for an opportunity to step out of Valerie's shadow and make a difference.

The problem is that they’re not the authorized crew, even if Valerie was the one to fully plan the voyage. When their mission is stolen from them, they steal the ship bound for the new planet.

But when things start going wrong on board, Naomi begins to suspect that someone is concealing a terrible secret -- and realizes time for life on Earth may be running out faster than they feared . . .

Goldilocks is a bold and thought-provoking new thriller for readers of The Martian and The Handmaid's Tale.

Are you eagerly awaiting the release of Goldilocks? Looking forward to reading Goldilocks? Have you already got your hands on Goldilocks?

Share your thoughts on Goldilocks in the comments below!