Home » Book Releases » When Will A Song Below Water Come Out? 2020 YA Fantasy Book Release Dates

A Song Below Water: A Novel
Buy on Amazon 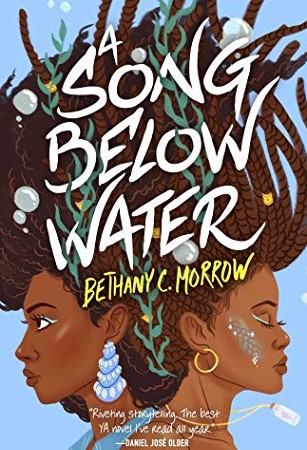 A Song Below Water

A Song Below Water RELEASE DATE

A Song Below Water Synopsis

A SONG BELOW WATER is an #ownvoices YA contemporary fantasy told alternately by two magical black girls living in the #SayHerName era, when being known sometimes comes at a great cost.

At sixteen, Tavia’s already had to run away from one town. This time she’s doing whatever her parents tell her so she never puts them in danger of exposure again. Sure, the world used to adore sirens, but that was before they were exclusively black women. Now siren voices aren’t desirable and their power isn’t romantic, it’s subversive. They’re dangerous. Tavia doesn’t want to be either of those things so she’ll deal with her dad’s respectability politics and she’ll hide inside the network, a community inside the black community, pledged to keep her secret. Whatever it takes.

Effie’s only been with Tavia’s family for three years, but it feels like home. After all the loneliness and loss (first her mom and then her four childhood friends), she’s got a sister and best friend and she couldn’t be happier. Okay, she’d be happier if she could figure out why the sprites who turned her friends to statues all those years ago let her go and why her grandmother hates her renaissance faire alt-life so much. But. Close enough.

When the girls’ favorite lifestyle guru reveals she's a siren, their junior year is turned upside down. Between Effie coming apart at the seams (literally) and Tavia accidentally using her voice when all she wants is to keep quiet, no secret seems safe anymore—and soon Portland won’t be either.

Share your thoughts on A Song Below Water in the comments below!