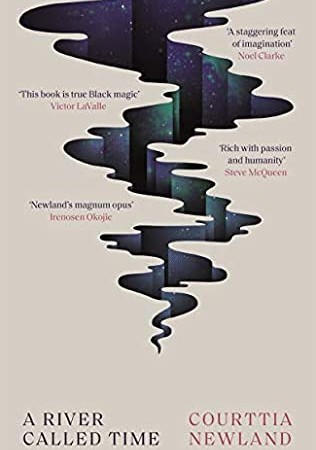 "A River Called Time is a masterful reimagining of the African diaspora's influence on England, and on the world. It's a grand tale and still an intimate portrait of loss and love. What glory and influence would Africa enjoy if colonialism had never occurred? Courttia Newland reshapes our vision of the past, present and future by taking this one question seriously. The result is something truly special. No other way to put it, this book is true Black magic."
--Victor LaValle, author of The Changeling

"Courttia Newland's writing is rich with passion and humanity. He manages to convey great depth without ever losing his lightness of touch. A rare feat only reserved for the few."
--Steve McQueen, Academy Award–winning film director

"A River Called Time is a real gem of a book. There are so many brilliant parallels drawn between the world we live in as well as gentle prods toward the reality we could create. I had my hands on my face throughout the end of the book as shock after shock was delivered. A River Called Time is an excellent, beautiful read that will make you think while taking your breath away."
--Dorothy Koomson, author of Tell Me Your Secret

The Ark was built to save the lives of the many, but rapidly became a refuge for the elite, the entrance closed without warning.

Years after the Ark was cut off from the world--a world much like our own, but in which slavery has never existed--a chance of survival within the Ark's confines is granted to a select few who can prove their worth. Among their number is Markriss Denny, whose path to future excellence is marred only by a closely guarded secret: without warning, his spirit leaves his body, allowing him to see and experience a world far beyond his physical limitations.

Once inside the Ark, Denny learns of another with the same power, whose existence could spell catastrophe for humanity. He is forced into a desperate race to understand his abilities, and in doing so uncovers the truth about the Ark, himself, and the people he thought he once knew.

Praise for this book:

"A River Called Time is an incredible read. Perfectly plotted and layered with complex ideas, a heartbreaking love triangle and an astonishing ending. It’s not just a book of speculative fiction, but a starting point to learning about a kemetic spiritual system masterfully woven into the narrative. If you’re a fan of Philip K. Dick and J.G. Ballard, you’ll love stepping into the world Courttia has created." - Irfan Master

"A master storyteller returns with this piece of astonishing speculative fiction, interrogating social inequality, the complexities of truth and the very essence of what it is to be human, all in Newland's precise and powerful prose." - Nikesh Shukla

Share your thoughts on A River Called Time in the comments below!