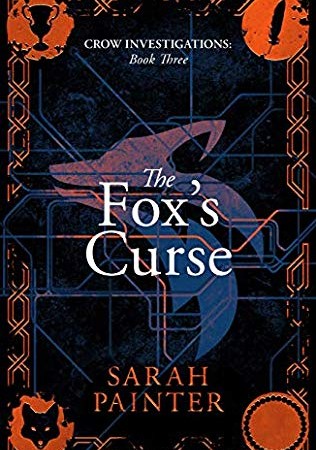 A cursed Fox. A vengeful Silver. A whole lot of trouble...

Lydia Crow has long suspected there is more beneath London than just trains, but has never been keen to poke around in the dark. But when Paul Fox, powerful member of the Fox Family, blackmails her into taking a case, she has no choice.

Investigating a suspicious death in a disused tunnel of the London Underground for her ex-boyfriend causes friction between her and DCI Fleet - and not the fun kind.

Uncle Charlie is still pressuring her to work for the Family business, her ghostly flatmate is looking for answers about his own demise, and Maria Silver is out for blood. Preferably Lydia's.

With old alliances broken, it's harder for Lydia to know who to trust. There is a big choice up ahead and it's getting closer by the second. Lydia has to find a path in the darkness - and fast.

'My favourite things together- mystery, crime, a sassy female PI and a Magical underworld going on right under Londoner's noses.' A.L. Michael

'I'm completely hooked on this series, and it just gets better and better. The Fox's Curse is so much fun - gripping, romantic and wonderfully atmospheric, with a cast of delightfully engaging characters. I can't get enough of it!' Clodagh Murphy

Share your thoughts on The Fox's Curse in the comments below!