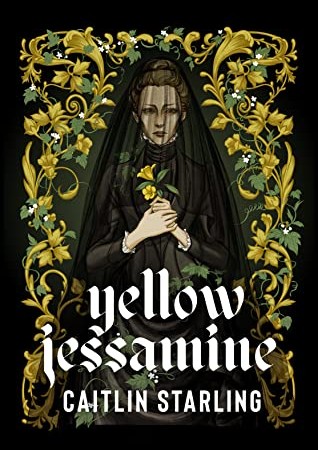 Powerful shipping magnate Evelyn Perdanu lives a tight, contained life, holding herself at a distance from all who would get close to her. Her family is dead, her country is dying, and when something foul comes to the city of Delphinium, the brittle, perilous existence she's built for herself is strained to breaking.

When one of her ships arrives in dock, she counts herself lucky that it made it through the military blockades slowly strangling her city. But one by one, the crew fall ill with a mysterious sickness: an intense light in their eyes and obsessive behavior, followed by a catatonic stupor. Even as Evelyn works to exonerate her company of bringing plague into her besieged capital city, more and more cases develop, and the afflicted all share one singular obsession: her.

Panicked and paranoid, she retreats to her estate, which rests on a foundation of secrets: the deaths of her family, the poisons and cures that hasten the dissolution of the remaining upper classes, and a rebel soldier, incapacitated and held hostage in a desperate bid for information. But the afflicted are closing in on her, and bringing the attention of the law with them. Evelyn must unearth her connection to the spreading illness, and fast, before it takes root inside her home and destroys all that she has built.

Share your thoughts on Yellow Jessamine in the comments below!