Home » Book Releases » When Does Why She Ran By S A Dunphy Release? Book Date 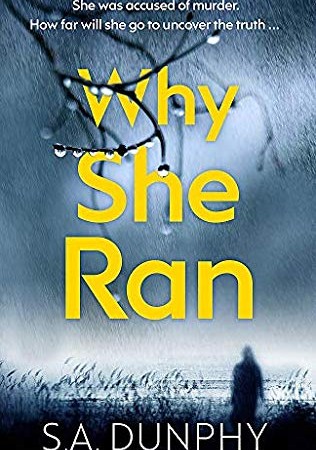 A book by: S A Dunphy
Publisher: Hachette Books Ireland

Why She Ran RELEASE DATE

Why She Ran Synopsis

Criminologist David Dunnigan and his troubled niece, Beth, are on the run.

Beth has been accused of killing a high-profile detective and everyone thinks she's guilty. Even Beth, who has no memory of what happened and who wonders, deep down, if she is capable of murder.

As Dunnigan and Beth set out to prove her innocence, they are hunted by the same forces that were responsible for Beth's abduction when she was just a young girl.

In a chase that takes them from Hamburg to Prague, to a compound in the bleak expanse of the Nevada desert, Dunnigan eventually comes face-to-face with the twisted husk that used to be a man called Frobisher, tended by deranged psychiatrist Philippe Ressler.

But did Beth really kill the man she had come to think of as a friend, and what secret will Dunnigan discover that could end Frobisher's After Dark Campaign once and for all?

The time has come for Dunnigan to make a decision: will he be brave enough to make it, knowing that everyone he loves can't possibly make it out of this alive?

Share your thoughts on Why She Ran in the comments below!