Welcome to the dedicated book release dates page for Tribe. We gather all the latest book and novel news to bring you the most accurate new release schedule for Tribe. 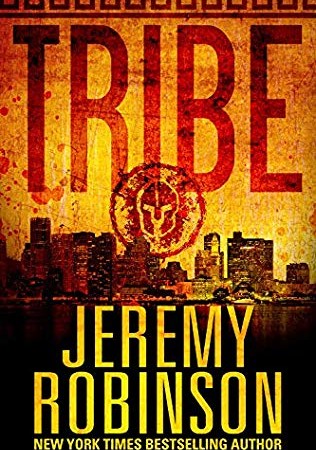 For Henry, a seventeen-year-old who feels no fear, the day starts like any other - homeless and alone on the streets of Boston. For Sarah, a twenty-year-old college dropout, it's an early morning serving donuts and coffee to commuters at North Station. Fate brings them together at the scene of a bank robbery, which they foil together, along with a mysterious and wealthy woman named Helen, who offers to reward them for their bravery.

But before they can reach Helen's penthouse, they are assaulted by men and women from all walks of life, including police officers. Helen displays impressive fighting skills, fending off the attacks, allowing Henry and Sarah to make their escape - but they are spotted and pursued by the violent cult, out for Helen's blood... and now theirs.

Racing through the streets of Boston, Sarah and Henry are propelled into a strange and ancient underworld where the impossible is real, where the old world still lives, and where the gods still walk among us. As the pair wages war against the killers hunting them, they discover the truth about who their deceased parents were, and that their lives could be far more exceptional than either believed possible... if they can survive the day.

With TRIBE, New York Times bestselling author, Jeremy Robinson, brings mythology to the modern world, combining his trademarked fast-paced action and well developed characters, and taking them to new levels of craziness. It's 300, John Wick, and Wonder Woman rolled into a new kind of literary insanity.

Are you eagerly awaiting the release of Tribe? Looking forward to reading Tribe? Have you already got your hands on Tribe?

Share your thoughts on Tribe in the comments below!