Home » Book Releases » When Does The Wise And The Wicked Come Out? 2019 Book Release Dates 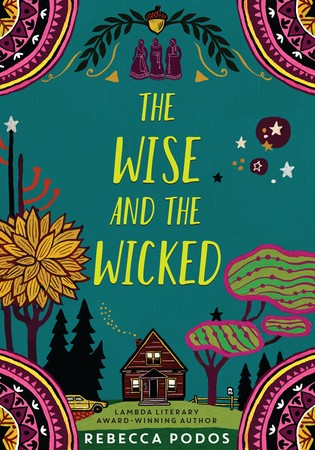 The Wise And The Wicked

The Wise And The Wicked RELEASE DATE

The Wise And The Wicked Synopsis

Ruby Chernyavsky has been told the stories since she was a child: The women in her family, once possessed of great magical abilities to remake lives and stave off death itself, were forced to flee their Russian home for America in order to escape the fearful men who sought to destroy them. Such has it always been, Ruby’s been told, for powerful women. Today, these stories seem no more real to Ruby than folktales, except for the smallest bit of power left in their blood: when each of them comes of age, she will have a vision of who she will be when she dies—a destiny as inescapable as it is inevitable. Ruby is no exception, and neither is her mother, although she ran from her fate years ago, abandoning Ruby and her sisters. It’s a fool’s errand, because they all know the truth: there is no escaping one’s Time.

Until Ruby’s great-aunt Polina passes away, and, for the first time, a Chernyavsky’s death does not match her vision. Suddenly, things Ruby never thought she’d be allowed to hope for—life, love, time—seem possible. But as she and her cousin Cece begin to dig into the family’s history to find out whether they, too, can change their fates, they learn that nothing comes without a cost. Especially not hope.

Share your thoughts on The Wise And The Wicked in the comments below!