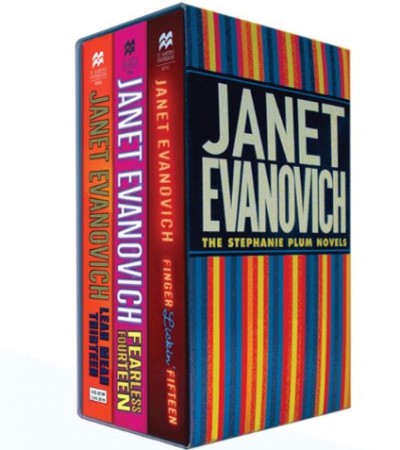 New secrets, old flames, and hidden agendas are about to send bounty hunter Stephanie Plum on her most outrageous adventure yet!

Personal vendettas, hidden treasure, and a monkey named Carl will send bounty hunter Stephanie Plum on her way to solving the Crime: Armed robbery to the tune of nine million dollars

Bail bonds office worker Lula is witness to the crime, and the only one she'll talk to is Trenton cop, Joe Morelli. Lula recruits bounty hunter Stephanie Plum to help her find the killers and collect the moolah. Can Stephanie hunt down two killers, a traitor, keep her grandmother out of the sauce, solve Ranger's problems and not jump his bones?

Share your thoughts on Stephanie Plum Novels (Books 13 - 15) in the comments below!