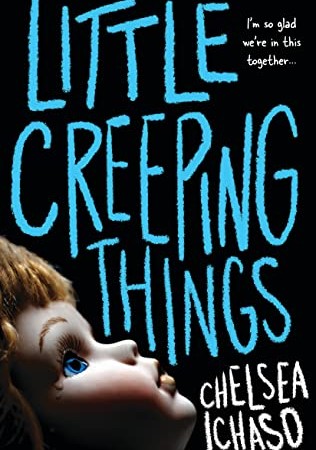 “Chelsea Ichaso has without a doubt written the breakout thriller of the year.” —DANA MELE, author of People Like Us

A compulsively readable debut with a narrator who can’t be trusted, perfect for fans of Natasha Preston.

When she was a child, Cassidy Pratt accidentally started a fire that killed her neighbor. She's pretty sure she didn't mean to do it, and she'd give anything to forget that awful day. But her town's bullies, particularly the cruel and beautiful Melody Davenport, have never let her live it down. In Melody's eyes, Cassidy is a murderer and always will be.

Then Melody goes missing, and Cassidy thinks she may have information about what happened. She knows she should go to the cops, but she recently joked about how much she'd like to get rid of Melody. She even planned the perfect way to do it. And then she gets a chilling text from an unknown number: I’m so glad we’re in this together.

Now it's up to Cassidy to figure out what's really going on before the truth behind Melody's disappearance sets the whole town ablaze.

PRAISE FOR LITTLE CREEPING THINGS
“Everyone's a suspect, and no one is safe, in this twisty debut from a compelling new voice in YA, Chelsea Ichaso. Don't miss it!” —KIT FRICK, author of See All the Stars, All Eyes on Us, and I Killed Zoe Spanos

“Little Creeping Things is a stunning debut in every sense of the word. From the chilling opening pages to the jaw-dropping final reveal, the pacing is relentless, the twists dizzying. Cass is the best kind of unreliable narrator, delightfully acerbic and hopelessly sincere even when she isn't telling the truth. Chelsea Ichaso has without a doubt written the breakout thriller of the year.” —DANA MELE, author of People Like Us

“Little Creeping Things, with its cast of creepy and untrustworthy characters, will satisfy the appetites of all manner of mystery fans.”—BOOKLIST

“The reveal…is both well earned and eerie.” —KIRKUS REVIEWS

Share your thoughts on Little Creeping Things in the comments below!

We Are the Fire