Home » Book Releases » When Does Ink And Shadows By Ellery Adams Come Out? 2021 Cozy Mystery Releases 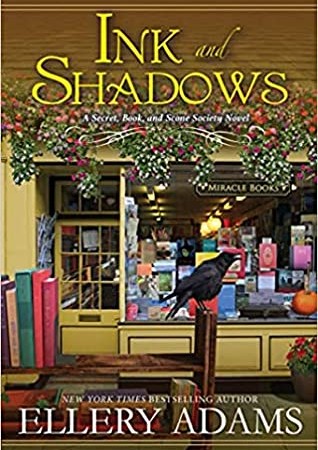 Ink and Shadows
Buy on Amazon

In the new mystery from New York Times bestselling author Ellery Adams, controversy erupts in Miracle Springs, North Carolina, when the owner of the local bookstore tries to play peacekeeper—but winds up playing detective instead . . .

Nora Pennington is known for her window displays, and as Halloween approaches, she decides to showcase fictional heroines like Roald Dahl’s Matilda and Madeline Miller’s Circe. A family-values group disapproves of the magical themes, though, and wastes no time launching a modern-day witch hunt. Suddenly, former friends and customers are targeting not only Nora and Miracle Books, but a new shopkeeper, Celeste, who’s been selling CBD oil products.

Nora and her friends in the Secret, Book, and Scone Society are doing their best to put an end to the strife—but then someone puts an end to a life. Though the death is declared an accident, the ruling can’t explain the old book page covered with strange symbols and disturbing drawings left under Nora’s doormat, a postcard from an anonymous stalker, or multiple cases of vandalism.

The only hope is that Nora can be a heroine herself and lead the Secret, Book, and Scone Society in a successful investigation—before more bodies turn up and the secrets from Celeste’s past come back to haunt them all . . .

Share your thoughts on Ink and Shadows in the comments below!