Welcome to the dedicated book release dates page for Hood. We gather all the latest book and novel news to bring you the most accurate new release schedule for Hood. 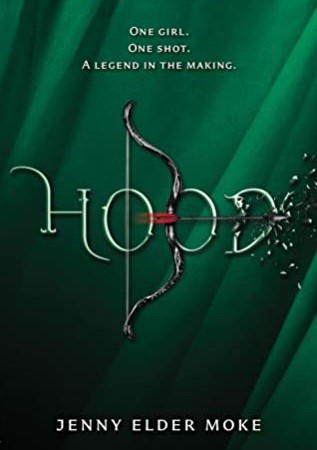 You have the blood of kings and rebels within you, love. Let it rise to meet the call.

Isabelle of Kirklees has only ever known a quiet life inside the sheltered walls of the convent, where she lives with her mother, Marien. But after she is arrested by royal soldiers for defending innocent villagers, Isabelle becomes the target of the Wolf, King John's ruthless right hand. Desperate to keep her daughter safe, Marien helps Isabelle escape and sends her on a mission to find the one person who can help: Isabelle's father, Robin Hood.

As Isabelle races to stay out of the Wolf's clutches and find the father she's never known, she is thrust into a world of thieves and mercenaries, handsome young outlaws, new enemies with old grudges, and a king who wants her entire family dead. As she joins forces with Robin and his Merry Men in a final battle against the Wolf, will Isabelle find the strength to defy the crown and save the lives of everyone she holds dear?

In Hood, author Jenny Elder Moke reimagines the world of Robin Hood in lush, historical detail and imbues her story with more breathless action than has ever come out of Sherwood Forest before. This novel is a must-read for historical-fiction fans, adventure lovers, and reluctant readers alike!

Are you eagerly awaiting the release of Hood? Looking forward to reading Hood? Have you already got your hands on Hood?

Share your thoughts on Hood in the comments below!