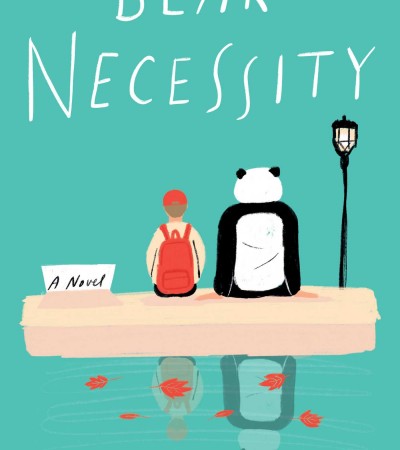 A heartwarming, poignant, and charming debut novel for fans of Nick Hornby and The Rosie Project, about a father and son overcoming their grief in surprisingly inventive ways.

Danny’s life is falling apart. He’s become a single father to eleven-year-old Will—who hasn’t spoken since the death of his mother in a car crash a year earlier—and Danny has just been fired from his construction job. To make matters worse, he’s behind on the rent and his nasty landlord is threatening to break his legs if he doesn’t pay soon. Danny needs money, and fast.

After observing local street performers in a nearby park, Danny spends his last few dollars on a tattered panda costume, impulsively deciding to become a dancing bear. While performing one day, Danny spots his son in the park, and chases off the older boys who are taunting him. Will opens up for the first time since his mother’s death, unaware that the man in the panda costume is his father. Afraid of disclosing his true identity, Danny comforts his son. But will Danny lose Will’s trust once he reveals who he is? And will he be able to dance his way out of debt, or be beaten up before he has a chance?

Filled with a colorful cast of characters, Bear Necessity is a refreshingly unpretentious and ultimately uplifting story of a father and son reconnecting in the most unlikely of circumstances.

Share your thoughts on Bear Necessity in the comments below!