Home » Book Releases » When Does A Time For Swords Come Out? 2020 Matthew Harffy New Releases

A Time for Swords: A gripping, addictive historical thriller
Buy on Amazon 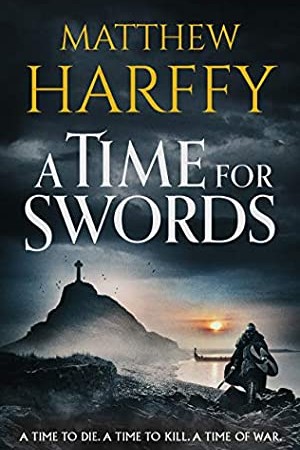 A Time for Swords

A book by: Matthew Harffy
Publisher: Head of Zeus

A Time for Swords RELEASE DATE

A Time for Swords Synopsis

Lindisfarne, AD793. The life of a novice monk will be changed forever when the Vikings attack in a new historical adventure from Matthew Harffy.

There had been portents – famine, whirlwinds, lightning from clear skies, serpents seen flying through the air. But when the raiders came, no one was prepared.

They came from the North, their dragon-prowed longships gliding out of the dawn mist as they descended on the kingdom's most sacred site.

It is 8th June AD793, and with the pillage of the monastery on Lindisfarne, the Viking Age has begun.

While his fellow monks flee before the Norse onslaught, one young novice stands his ground. He has been taught to turn the other cheek, but faced with the slaughter of his brothers and the pagan desecration of his church, forgiveness is impossible.

Share your thoughts on A Time for Swords in the comments below!