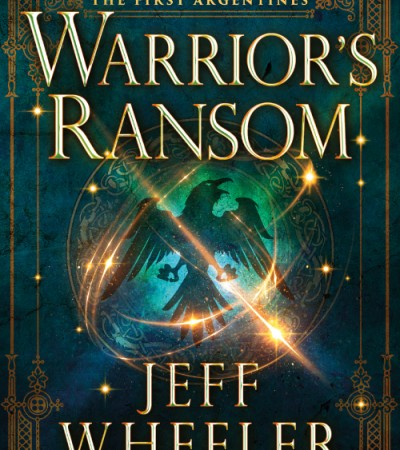 A loyal knight is on a quest to save a dynasty from itself in the thrilling sequel to Knight’s Ransom by Wall Street Journal bestselling author Jeff Wheeler.

After a pilgrimage to the East Kingdoms seeking a blessing from the Fountain, source of the land’s magic, Sir Ransom Barton returns home in search of two dreams: Claire de Murrow, the heiress he loves, and a patron for his warrior skills. Unexpectedly, Ransom finds himself in the favor of Devon, the notorious Elder King. Brought into the ruler’s mesnie and given two wards of his own, Ransom is devoted to his privileged new position. He’s also privy to the running of the realm and to all its courtly intrigues—notably, the machinations of the king’s three remaining sons, all engaged in a manipulative battle to become heir to the throne.

As Ransom is thrust into the middle of poisonous family conspiracies and betrayals, allegiances are shattered, and Ransom fears he may end up serving his worst enemy—or worse, face exile for demonstrating loyalty.

Drawing on his developing powers, Ransom takes up arms against the dark forces coming in a war that will test the limits of his courage and determine the fate of the dangerous and fractious Argentine dynasty.

Share your thoughts on Warrior's Ransom in the comments below!