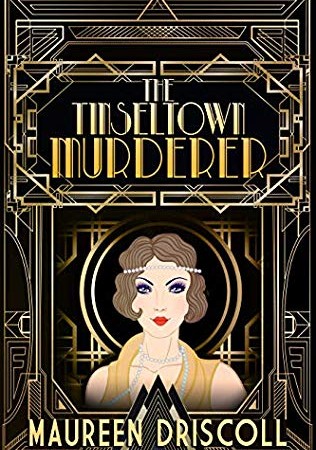 When Josie Matthews accidentally traveled back to a house party in 1929, little did she know she was changing history for the worse. It was only after returning to modern-day Oregon that she realized she had inadvertently prolonged World War II. She and her husband, David Remington, must now go back to correct history, being careful not to change anything again.

In 1936 they reunite with friends, including actor Kurt Franklin whose new German girlfriend may be a Nazi spy. As Hollywood studios court the German film market and local communists clash with the Los Angeles chapter of the Hitler Youth, associates of Josie and David are killed by the Tinseltown Murderer -- and all signs point to the fact it's someone they know. Josie and David have to fix history without becoming the Tinseltown Murderer's next victims.

Set in a fascinating period of real-life Los Angeles, THE TINSELTOWN MURDERER is a fictional story of crime, friendship and the perfect martini, during Hollywood's golden age.

Share your thoughts on The Tinseltown Murderer in the comments below!