The Stranger in My Bed: An utterly gripping psychological thriller
Buy on Amazon 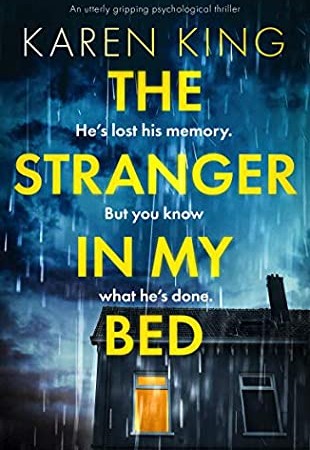 The Stranger in My Bed

The Stranger in My Bed RELEASE DATE

The Stranger in My Bed Synopsis

‘We have a patient who has been involved in a serious accident. We believe he’s your husband.’

When Freya first met Phil, she thought he was the man of her dreams. He bought her roses every week, booked surprise trips to sun-soaked destinations, and showed her affection like she’d never experienced before. But over time the dream had become a violent nightmare. And now Freya is packing her bags, knowing it’s time she escaped their increasingly broken marriage.

But then Freya gets a visit from the police. Phil’s been in a horrific car crash and – as he comes around – it becomes clear that remembers nothing since their blissful honeymoon two years before, back when their relationship was perfect. All he wants is to be happily married again.

Freya knows giving him another chance could be dangerous. But now he’s the one who needs her, it’s a chance to turn the tables, and to change the outcome of their relationship once and for all. After all, he will only know what she chooses to tell him…

But what really happened during those two years of marriage? And as they start over again, who is safe? And whose life is in danger?

Share your thoughts on The Stranger in My Bed in the comments below!