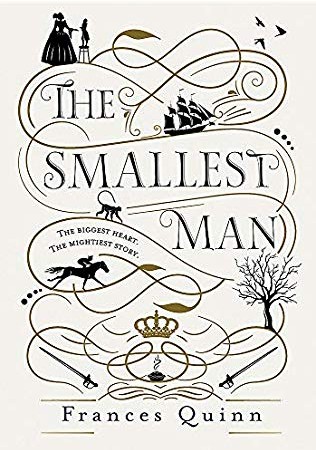 When should my story begin? Not when I was born, a butcher's son, in a tiny cottage just like all the other tiny cottages in Oakham. Who'd have thought then that I'd ever have much of a story to tell? Perhaps it starts when people began to nudge each other and stare as I walked with my mother to market, or the first time someone whispered that we were cursed. But I didn't know then. No, I think my story begins on the day of the Oakham Fair, in the year of 1625. When I was ten years old and I found out what I was.

Nat Davy is a dwarf. He is 10 years old, and all he wants is to be normal.

After narrowly escaping being sold to the circus by his father, Nat is presented to Queen Henrietta Maria - in a pie. She's 15, trapped in a loveless marriage to King Charles I, and desperately homesick. Nat becomes a friend to the woman who'll become the power behind the throne and trigger the Civil War, but in the eyes of the world he's still a pet, a doll to be dressed up and shown off. Nat longs to ride and hunt like the other boys at court. The real boys. But he will never be accepted.

Loosely based on a true story, this epic tale spans 20 years; during which the war begins, Nat and the queen go on the run, Nat saves the queen's life, falls in love with the most beautiful girl at court, kills a man, is left in exile. Told from his unique perspective as the smallest man in England, with the clever and engaging voice of a boy turned man yearning for acceptance, this story takes us on an unforgettable journey. He's England's smallest man, but his story is anything but small.

Share your thoughts on The Smallest Man in the comments below!