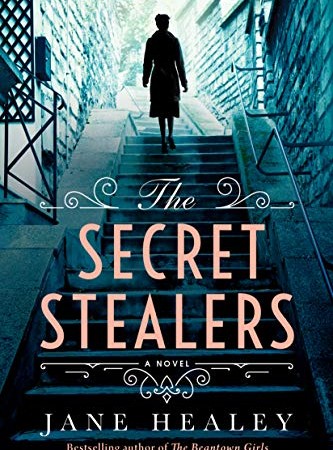 The Secret Stealers: A Novel

The Secret Stealers: A Novel Synopsis

A female American spy in Nazi-occupied France finds purpose behind enemy lines in a novel of unparalleled danger, love, and daring by the Amazon Charts bestselling author of The Beantown Girls.

Anna Cavanaugh is a restless young widow and brilliant French teacher at a private school in Washington, DC. Everything changes when she’s recruited into the Office of Strategic Services by family friend and legendary WWI hero Major General William Donovan.

Donovan has faith in her—and in all his “glorious amateurs” who are becoming Anna’s fast friends: Maggie, Anna’s down-to-earth mentor; Irene, who’s struggling to find support from her husband for her clandestine life; and Julia, a cheerful OSS liaison. But the more Anna learns about the organization’s secret missions, the more she longs to be stationed abroad. Then comes the opportunity: go undercover as a spy in the French Resistance to help steal critical intelligence that could ultimately turn the tide of the war.

Dispatched behind enemy lines and in constant danger, Anna is filled with adrenaline, passion, and fear. She’s driven to make a difference—for her country and for herself. Whatever the risk, she’s willing to take it to help liberate France from the shadows of occupation and to free herself from the shadows of her former life.

Share your thoughts on The Secret Stealers: A Novel in the comments below!