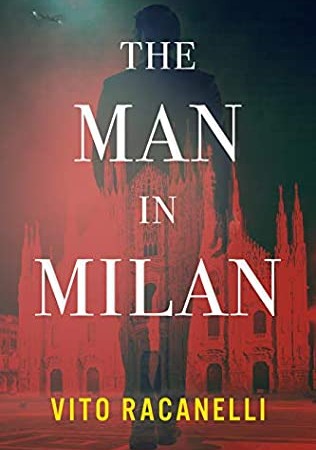 The Man In Milan

The Man In Milan RELEASE DATE

The Man In Milan Synopsis

For fans of Daniel Silva and David Baldacci comes a gripping thriller based on real world events that will have you riveted until the final page is turned. When NYPD detectives Paul Rossi and Hamilton P. Turner begin investigating the Sutton Place murder of an Italian air force pilot, the last thing they expect is that they will and find themselves sucked into the potential cover-up of the Ustica massacre, the most horrific aviation crime in Italian history, in which all 81 souls on board perished, where Italian President Francesco Cossiga blamed a missile deployed by the French Navy for the disaster. But as they begin investigating, Rossi, recovering from a broken marriage, and Turner, an African-American opera buff, poet, and former lawyer with ambitions to be mayor, come up against NYPD bureaucratic obstacles and stonewalling by the Italian Consulate in NYC. Lieutenant Laura Muro, the policewoman sister of the victim, comes to New York to aid the investigation, but soon the trio find themselves in the crosshairs of the Gladio, Italy’s powerful, shadowy political cabal whose reach extends to the highest reaches of New York political and ruling class. From New York to Italy, Rossi, Turner, and Muro must uncover the shocking truth about one of the most notorious disasters in airline history, and how this infamous act ties to the present-day murder. Riveting, erudite, and surprising at every turn, THE MAN IN MILAN announces a major new voice in international thriller fiction.

"The perfect thriller for right now ... action, suspense, intrigue - and a journey to a fabulous foreign location." - Lee Child

Share your thoughts on The Man In Milan in the comments below!