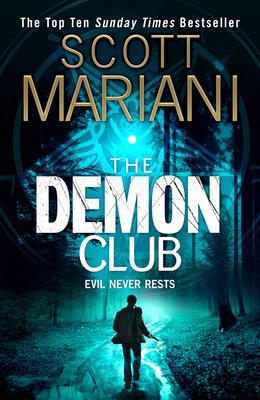 Pre-order now: the 22nd Ben Hope thriller, following The Pretender’s Gold, from the Number One bestseller.
Life is good for ex-SAS soldier and rescue specialist Ben Hope. He’s found love, peace and happiness at last… That is, until a man he’s never seen before sits beside him on a plane, and makes him a proposal that turns his whole world upside down.

Now Ben must embark on a deadly mission to eliminate a former SAS comrade, the enigmatic, elusive and highly capable Jaden Wolf. If Ben fails, the people he cares about will die as punishment.

In a high-speed chase across Europe, Ben gradually learns the terrifying and disturbing truth about the men who have ensnared him in their clutches. A dark Satanic cult exists within the halls of power, and the only way for Ben to save himself and his loved ones is to declare war on the forces of evil. But who will win?

People can’t get enough of the Ben Hope series:
‘Compelling from the first page until the last, Mariani and his fabulous protagonist Ben Hope entertain in a gripping tale that will have you turning the pages well into the night’ Mark Dawson

‘Thrilling. Scott Mariani is at the top of his game’ Andy McDermott

‘A high level of realism … the action scenes come thick and fast. Like the father of the modern thriller, Frederick Forsyth, Mariani has a knack for embedding his plots in the fears and preoccupations of their time’ Shots Magazine

Share your thoughts on The Demon Club in the comments below!