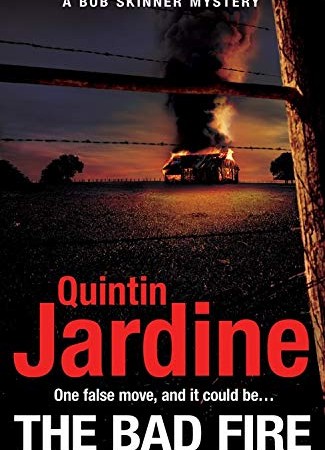 The gritty new mystery in Quintin Jardine's bestselling Bob Skinner series, set in Edinburgh and the Scottish countryside; not to be missed by readers of Ian Rankin and Peter May.

Nine years ago, divorcee Marcia Brown took her own life. A pillar of the community, she had been accused of theft, and it's assumed that she was unable to live with the shame. Now her former husband wants the case reopened. Marcia was framed, he says, to prevent her exposing a scandal. He wants justice for Marcia. And Alex Skinner, Solicitor Advocate, and daughter of retired Chief Constable Sir Robert Skinner, has taken on the brief, aided by her investigator Carrie McDaniels.

When tragedy strikes and his daughter comes under threat, Skinner steps in. His quarry is about to discover that the road to hell is marked by bad intentions . . .

What readers are saying about Quintin Jardine's gripping mysteries:

'I would recommend anyone new to the series to give yourself a treat and read them all!!'

'I have given this book five stars because of the ingenious plot, the excellence of the narrative and, after quite a number of years, Quintin Jardine is still producing superb crime fiction'

Share your thoughts on The Bad Fire in the comments below!