Somewhere in the Dark: A Novel
Buy on Amazon 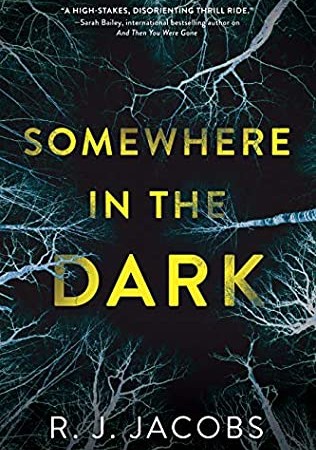 Somewhere in the Dark

Somewhere in the Dark RELEASE DATE

Somewhere in the Dark Synopsis

Exploring lives on the brink of disaster, R. J. Jacobs returns with another compulsively readable novel of suspense for fans of B. A. Paris and Mary Kubica.

Do the mistakes of the past mark us as guilty for life?

After a childhood marred by neglect, Jessie Duval's finally got it together. With an apartment in Nashville and a job with a catering company, she's thriving.

But all that changes when Jessie works an event where celebrities will be in attendance--including the one person from her past she must avoid at all costs: singer Shelly James. Jessie doesn't hate Shelly. Quite the opposite. One summer, she followed Shelly's tour everywhere. Only, Shelly wasn't flattered; she was terrified by Jessie's devotion--especially after Jessie was arrested. But after a year of therapy, Jessie understands what happened. She's not the same person anymore.

Jessie keeps her head down, but when Shelly is found dead, Jessie's troubled past comes tumbling out and she quickly becomes a suspect in the high-profile murder. As the police close in on her, ignoring other credible leads, Jessie realizes Shelly's murder will be pinned on her--the perfect scapegoat--unless she finds the real killer. And no one knows Shelly's life and inner circle better than her. But she will have to go deeper into the dark--if ever she wants to find her way out.

Share your thoughts on Somewhere in the Dark in the comments below!