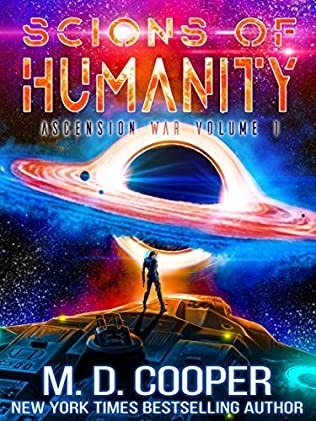 The Orion War is over and new peace is spreading...

It will take centuries for the legacy of the prior conflict to fade away, conflicts spurred on by diasporas and resource restrictions that will ripple through the Perseus, Orion, and Sagittarius arms of the galaxy.

Yet in the wake of those final battles comes a reprieve, a new peace maintained by the knowledge that total war is too devastating to even contemplate, that the weapons employed--should they come into common use--would lay waste to the galaxy.

Admiral Tanis Richards, the former Field Marshal, wishes nothing more than to retire to her lakehouse and stare out over the rippling waters for a year or two, but knows she cannot. For the greatest enemy that humanity and free AIs have ever faced waits for her at the galactic core. Epsilon, a powerful AI, his nodes filling an entire world, is has his mind bent on remaking the universe, and organic life is not in the blueprint.

Though they yearn to enjoy the fruits of their labors, Tanis and her allies must prepare for one final battle against the scions of the human race. They must prepare to fight The Ascension War.

Share your thoughts on Scions of Humanity in the comments below!