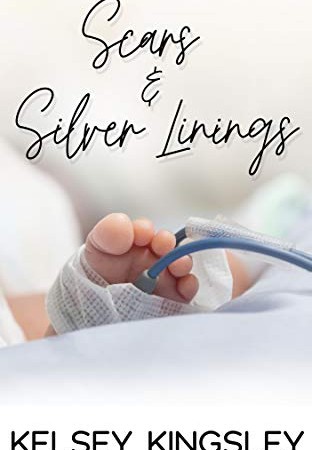 Two little, pink lines should have been a good thing, but for Kendall Wright, it felt like the end of the world. Especially when her career as a successful romance novelist had only just begun to take off.

But with the acceptance of her flaky boyfriend, and the help of a friendly bartender, she begins to see how those two little, pink lines could actually be a blessing.

Except pregnancy isn’t always what it’s cut out to be, and sometimes, things can take a turn for the worst when you least expect it. And after an emergency C-section, the premature birth of her son, and the loss of that flaky boyfriend, Kendall begins the hard, rewarding, and oftentimes traumatic life of NICU parenthood alone.

But soon, she realizes that, where there is darkness, there is usually light.

Share your thoughts on Scars & Silver Linings in the comments below!