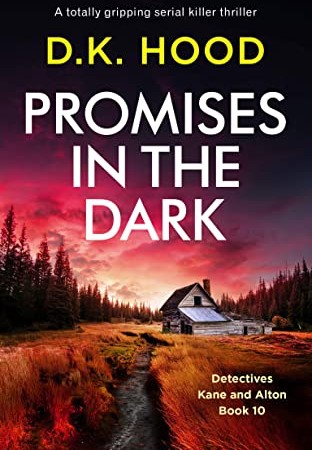 Promises in the Dark

Promises in the Dark RELEASE DATE

Promises in the Dark Synopsis

The young girl pushes against the backseat of the family sedan, fighting to free herself from the crude ties restricting her hands and feet. As the car speeds toward the edge of town, she looks back at her family home, and watches in horror as it suddenly explodes in a mass of flames. Trembling with fear, she turns toward the driver and hears only laughter. She knows that the worst is yet to come...

Detective Jenna Alton surveys the charred remains of the large suburban home, stopping to pause at the three lifeless bodies of the Woods family. Jenna knows she's looking for a serial killer, but her priority is finding the missing teenage daughter last seen on the night of the inferno.

Days later, Sophie Woods's body is discovered floating in a shallow pool of crystal-clear water - known locally as Dead Man's Drop - but Jenna still doesn't know who would target the quiet family in such a brutal attack.

Delving into the family's past, she makes a shocking discovery - a link between the killer and someone connected to her deputy David Kane. If Jenna is right and the killer is back and seeking revenge, then she must act fast to keep her deputy safe.

When another girl is taken, Jenna and David follow the trail into a network of underground caves on the outskirts of town. With little time before the killer claims his next victim, they race into the pitch-black tunnels, unsure whether they have just walked into the killer's trap. Can they find the girl in time and escape the caves without the killer chasing them down?

Share your thoughts on Promises in the Dark in the comments below!