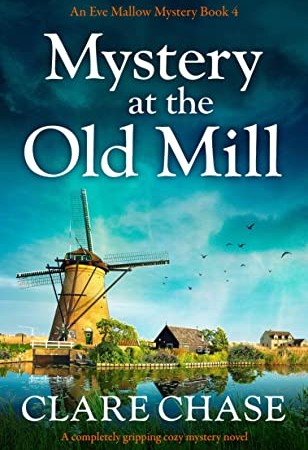 Mystery at the Old Mill

Mystery at the Old Mill Synopsis

When the calm of Saxford St Peter is disrupted by a deadly fire at the Old Mill, amateur sleuth Eve Mallow finds herself investigating a most surprising mystery!

Everyone in Saxford St Peter is desperate to know more about Harry Tennant, the newcomer who owns the Old Mill. He usually keeps himself to himself, but he’s finally invited the villagers round for drinks, and Eve Mallow isn’t the only one looking forward to having some questions answered.

But two days before the party, a terrible fire sweeps through the mill, and Harry is found dead. When Eve passes the burned remains of his beautiful house, she can’t resist the call to investigate. Especially when it turns out quiet, charming Harry was living a double life as the famous advice writer Pippa Longford. Eve has to wonder what revelations were contained in the letters he received… and whether one of them was worth killing for.

Accompanied by her reliable dachshund sidekick Gus, Eve starts digging. She soon realises Harry was at the centre of a web of lives – and lies. There’s an uncle desperate to inherit, two women who thought they were his one and only, not to mention everyone who shared their darkest secrets with him. Was one of those strangers much closer to home than Harry knew? And can Eve untangle the truth before she finds herself face to face with a killer?

Share your thoughts on Mystery at the Old Mill in the comments below!