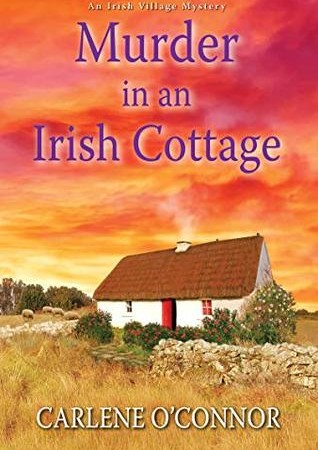 Murder in an Irish Cottage

Murder in an Irish Cottage Synopsis

n a remote—and superstitious—village in County Cork, Ireland, Garda Siobhán O'Sullivan must solve a murder where the prime suspects are fairies . . .

Family is everything to Siobhán: her five siblings; her dear departed mother for whom the family business, Naomi's Bistro, is named; and now her fiancé, Macdara Flannery. So precious is her engagement that Siobhán wants to keep it just between the two of them for a little longer.

But Macdara is her family, which is why when his cousin Susan frantically calls for his help, Siobhán is at his side as the two garda rush from Kilbane to the rural village where Susan and her mother have recently moved. Unfortunately, tragedy awaits them. They find Susan, who is blind, outside the cottage, in a state. Inside, Aunt Ellen lies on her bed in a fancy red dress, no longer breathing. A pillow on the floor and a nearby teacup suggest the mode of death to their trained eyes: the woman has been poisoned and smothered. Someone wanted to make sure she was dead. But who?

Devout believers in Irish folklore, the villagers insist the cottage is cursed—built on a fairy path. It turns out Ellen Delaney was not the first to die mysteriously in this cottage. Although the townsfolk blame malevolent fairies, Siobhán and Macdara must follow the path of a murderer all too human—but just as evil . . .

Share your thoughts on Murder in an Irish Cottage in the comments below!