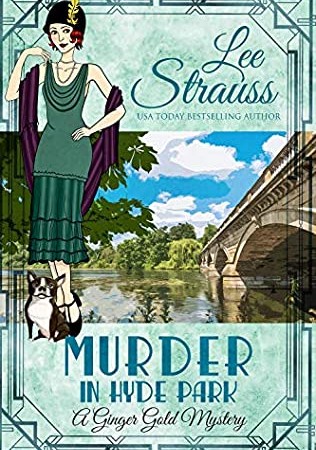 Until a model drops dead and Miss Chanel is suspected of murder. The fashion icon hires Lady Gold Investigations to clear her name, but can Ginger discover the murderer before becoming a lifeless mannequin herself?

Murder on the SS Rosa (Book 1)

Murder at the Mortuary (Book 5)

Murder Aboard the Flying Scotsman (Book 8)

Murder at the Boat Club (Book 9)

~more on the way!

Murder on the Boardwalk (Book 2)

Murder at the Bomb Shelter (Book 3)

Murder at the Races (Book 6)

Share your thoughts on Murder At Hyde Park in the comments below!