Welcome to the dedicated book release dates page for Boundless. We gather all the latest book and novel news to bring you the most accurate new release schedule for Boundless. 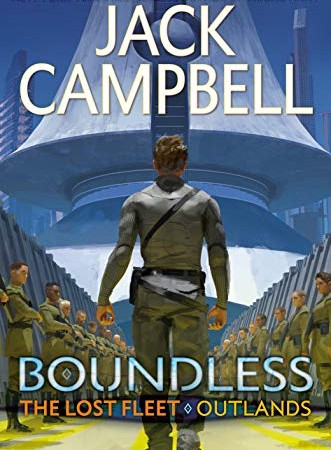 Black Jack returns to Unity, the seat of the Alliance government, having destroyed the black fleet of AI-controlled craft at Unity Alternate. Aboard the Dauntless, captained by his wife Tanya Desjani, he brings evidence of crimes which could destroy the Alliance’s government.

His arrival ignites a furious Senate trial, and Black Jack must chart political dangers to ensure the guilty are brought to justice, without becoming judge and jury himself. But forces lurk in the shadows, working against him and striking at any moment.

Unsure of who he can trust – who serves the Alliance with the same sense of duty as him – Black Jack must accept new orders and prepare the fleet for a new and dangerous mission, all the while evading forces that would see him dead. This mission will take him on a journey into his past and beyond the safety of Alliance space once more, because Black Jack knows better than anyone, doing what is right is never the easy path.

Are you eagerly awaiting the release of Boundless? Looking forward to reading Boundless? Have you already got your hands on Boundless?

Share your thoughts on Boundless in the comments below!