Welcome to the dedicated book release dates page for Bad Habits. We gather all the latest book and novel news to bring you the most accurate new release schedule for Bad Habits.

Bad Habits: By the author of the best-selling thriller GOOD AS GONE
Buy on Amazon 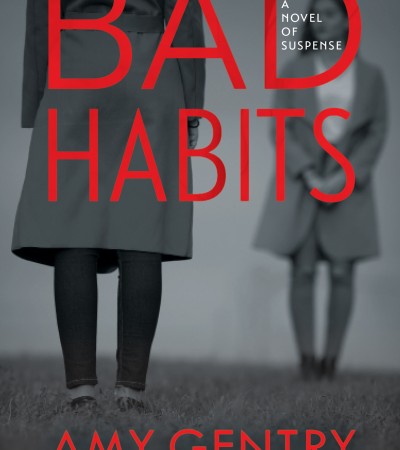 Bad Habits: By the author of the best-selling thriller GOOD AS GONE
Buy on Amazon

A whip-smart psychological thriller from the author of Good as Gone (a New York Times Notable Book), in which a grad student becomes embroiled in a deadly rivalry that changes her into someone unrecognizable to her struggling family, her ambitious academic friends, and even herself

Claire "Mac" Woods--a professor enjoying her newfound hotshot status at an academic conference--finally has the acceptance and admiration she has long craved. But at the conference's hotel bar, Mac is surprised to run into a face from a past she'd rather forget: the moneyed, effortlessly perfect Gwendolyn Whitney, Mac's foil, rival, and former best friend.

When Gwen moved to town in high school, Claire--then known as Mac, a poor kid from a troubled family who had too much on her plate--saw what it meantto have. Money, sophistication, culture, the very blueprints to success. Mac had almost nothing, except the will to change. Change she did, habitually grinding herself to work as hard as straight-A Gwen, even eventually getting admitted into the same elite graduate program as Gwen. But then Mac and Gwen become entangled with the department’s power-couple professors and compete head-to-head for a life changing fellowship. The more twisted the track toward success becomes, the more Mac has to contort herself to stay one step ahead—which deception signals the point of no return?

Jack-knifing between Mac's world-expanding graduate days and the crucible of the hotel and its unexpected guests, Bad Habits follows Mac's reckoning between her hardscrabble past and tenuous present. What, exactly, did Mac do to get what she has today? And what will she do to keep it? With taut, powerful prose, Amy Gentry asks how far we'll go to get what we want--and whether we can ever truly leave the past behind.

Are you eagerly awaiting the release of Bad Habits? Looking forward to reading Bad Habits? Have you already got your hands on Bad Habits?

Share your thoughts on Bad Habits in the comments below!