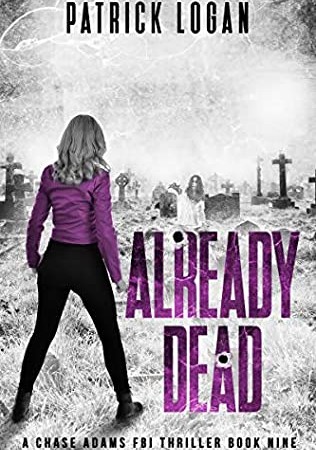 Chase is back with her most bizarre and deadly case yet!

When two prominent community members are murdered on the same night, the police immediately assume that the crimes are connected. Their suspicions grow when they discover that the different attackers, both disheveled women in rags, commit suicide immediately following the assaults.

But other than the circumstances surrounding their deaths, the police can’t find a single connection between the victims. It isn’t until a third victim is discovered that they realize that they’re in over their heads and are forced to call in someone with more experience.

Someone in the FBI.

Almost immediately, FBI Special Agent Chase Adams confirms that there will be more victims. But with completely different motives, the hardest job might not be finding out who the next victim is, but why.

As she searches for multiple killers, Chase quickly realizes that the number of targets is escalating, and it’s only a matter of time before there are more bodies than she can count.

And it’s up to her to stop whoever is responsible for terrorizing an entire state.

Scroll up and pre-order your copy of the ninth book in the best-selling Chase Adams Thriller series TODAY!

Chase Adams returns in the ninth installment of the best-selling series! Pre-order your copy today!

Share your thoughts on Already Dead in the comments below!