Home » Book Releases » When Will The Lonely Fajita By Abigail Mann Come Out? 2020 Contemporary Fiction Releases

The Lonely Fajita: the utterly feel-good comedy of 2020
View on Amazon 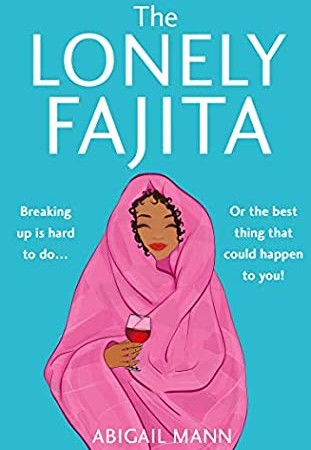 A book by: Abigail Mann
Publisher: One More Chapter

Lonely Fajita: a person who is suddenly and unwillingly single.
It’s Elissa’s birthday, but her boyfriend doesn’t seem to care much – and she’s accidentally scheduled herself a cervical smear instead of birthday drinks.

Then there’s her borderline-psychotic boss, the fact she’s not making but losing money at her internship, and her sinking feeling she might not really be in love.

At least you can’t be lonely if you’re not alone. Right?

But Elissa’s just-good-enough existence is about to change, with single life, redundancy and homelessness all on the horizon. Signing up to live with an elderly person in return for free bed and board suddenly looks like her best option.

Elissa has no idea that Annie will turn out to be a woman of secrets and swearwords, and that living with her is about to shake up everything Elissa thought her twenties should be…

Hilarious, moving and painfully real – the perfect book for fans of Mhairi McFarlane and Sophie Ranald

Shortlisted for a 2019 Comedy Women in Print Prize

Share your thoughts on The Lonely Fajita in the comments below!