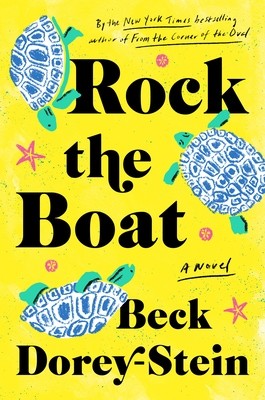 Life doesn't always go according to plan. Sometimes that's just what you need.

When Kate Campbell's life in Manhattan suddenly implodes, she is forced to return to Sea Point, the small town full of quirky locals, quaint bungalows, and beautiful beaches where she grew up. With every intention (and a three-point plan) of winning back what she's lost, Kate needs one summer at home to prove she's worthy of New York.

Meanwhile, Miles Hoffman--aka The Prince of Sea Point--has also returned home to show his mother that he's capable of taking over the family business, and he's promised to help his childhood best friend, Ziggy Miller, with his own financial struggles at the same time. Kate, Miles, and Ziggy converge in Sea Point just as the town faces an identity crisis of its own when a developer tries to cash in on its potential. As the summer swells, white lies, and long-buried secrets prove as corrosive as the salt air, threatening to forever erode not only the bonds between the three friends but also the landscape of the beachside community they call home.

Full of heart and humor, Rock the Boat is a joyful and compelling portrait of coming of age, revealing just how far back we must go in order to move forward.

Share your thoughts on Rock the Boat in the comments below!