Welcome to the dedicated book release dates page for Given. We gather all the latest book and novel news to bring you the most accurate new release schedule for Given. 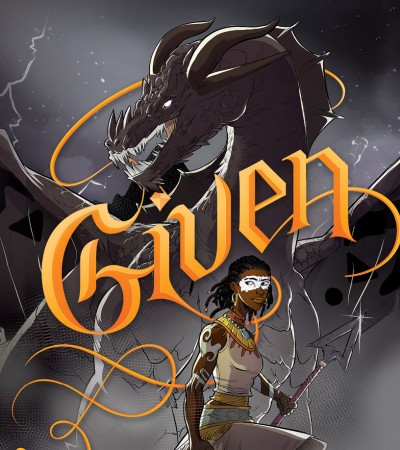 "The captivating worldbuilding of magical lands and well-paced plot and character development combined with intriguing twists will have readers looking forward to more. " - Kirkus Reviews

A subversive fantasy-romance steeped in West-African and Caribbean traditions.

Yenni has never been this far from home. With only her wits, her strength and her sacred runelore, the fierce Yirba warrior princess is alone in the Empire of Cresh. It’s a land filled with strange magics and even stranger people—many of whom mistrust anyone who’s different. But Yenni will prove herself, and find a cure for her father’s wasting illness. She will not fail.

No one warned her about the dragons. Especially not about him.

Yes, there is something powerful and compelling about the violet-black dragon known as Weysh. In human form he’s muscular, beautiful—and completely infuriating. What kind of arrogant creature claims a stranger as his Given; as his destined mate? Yenni is no man’s—or dragon’s—plaything. But other magics must be at work here, because Weysh might just be her best hope at finding the answers she seeks.

Only now Yenni can’t tell if she’s fighting her attraction to a dragon…or fighting fate itself.

Are you eagerly awaiting the release of Given? Looking forward to reading Given? Have you already got your hands on Given?

Share your thoughts on Given in the comments below!